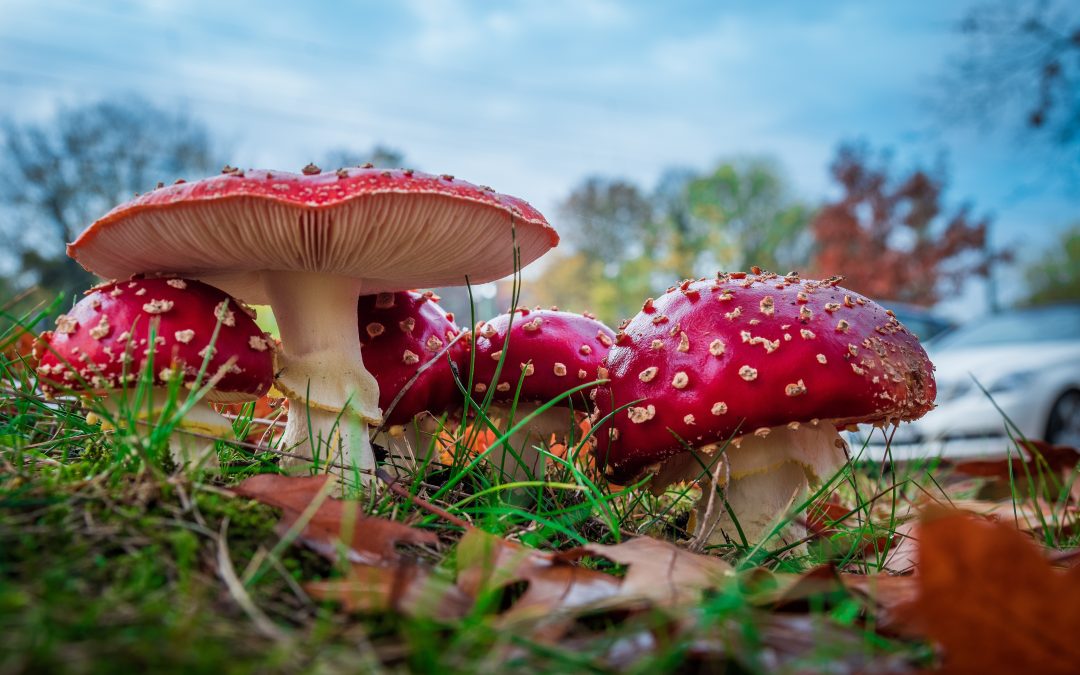 I was listening to a podcast this week and the host moved into an ad segment for a brand of mushroom coffee. He read out the information, and named a type of mushroom, then said:

I was walking the dog on a beautiful, chilly, autumn day as I heard this. My boots were crunching their way through fallen leaves, still frozen from an overnight frost. The sun was shining and my puppy was remaining close to me even though off the lead.

You could say that all was right with the world.

My schedule afforded me a perfect window of time to get outdoors before the start of the work day, and I knew what I had to work on when I got back home.

And yet, I heard that sentence and it stood out to me.

My mind then began a dance you may recognise.

I was pulled away from the present, where the sun was shining and the leaves were crunching and the dog bounded around full of joy, and I considered taking my phone out of my pocket and researching mushrooms.

The mere fact that a podcast host had shared his opinion on a subject where I didn’t have an opinion had left me feeling as if I was falling short somehow.

The FOMO is strong, y’all.

I pulled myself together, left the phone where it was, and snapped my attention back to the walk I was enjoying, but the sentence remained with me and I began to consider the idea of opinions in relation to time management.

We all have but 24 hours a day, and the world offers an infinite number of topics we can have opinions on, preferences around.

Developing opinions takes time. There’s always an investment of time, effort and attention that is required in order for us to decide what we like, what we don’t, what we agree and disagree with.

You can’t really decide that you dislike fast rides without investing the time in riding one at least.

I couldn’t choose my own favourite functional mushroom without first learning what the term means, and then sampling various varieties.

It may not be a huge time commitment, but every second counts. Every moment invested in one thing is time that can’t ever be invested elsewhere.

And so, for the sake of my time management, I’ll remain opinion less in the area of functional mushrooms. And, not only that. There are many things I simply have no opinion on.

Society often interprets the failure to have an opinion as a sign of ignorance, something to be ashamed of.

I see it quite differently.

I have no opinion on functional mushrooms. I deliberately choose not to explore the topic in order to develop an opinion.

Whatever you don’t have an opinion on, it’s okay.

You can always build an opinion in the future, if the need or interest arises.

In the meantime, protect your time by refusing to have an opinion on every single thing.