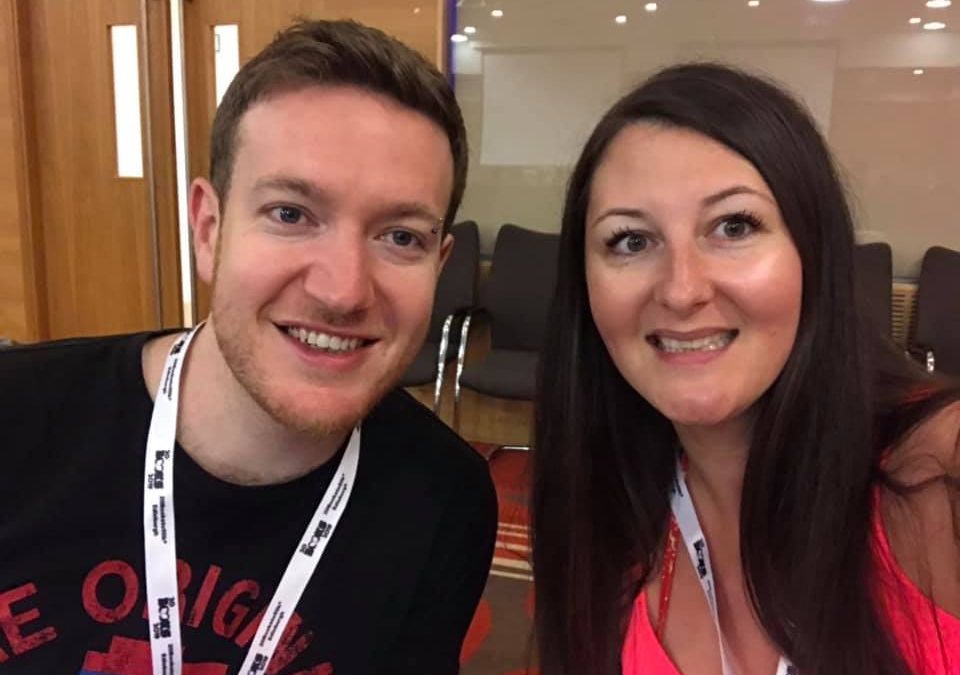 What’s the ONE Thing I can do such that by doing it everything else will be easier or unnecessary?

You may recognise this question. It’s from Gary Keller’s book, The One Thing.

Keller calls this the focusing question, and he asks it about all areas of his life.

What’s the one thing I can do with my mother such that by doing it everything else in our relationship will be easier or unnecessary?

What’s the one thing I can do for my health such that by doing it everything else will be easier or unnecessary?

I really like the idea of using this question as a compass in a world that will do its best to convince us that the answer is to do all the things.

I was honoured to be invited on the Great Writers Share with Daniel Willcocks, talking about time management and saying yes to life.

Willcocks (pictured, with me at the 20Books Edinburgh conference in August 2019) is a prolific author and podcaster and all around good guy. Take a listen!

I never want to work in TV.

I’ve never wanted to, so this isn’t a huge surprise to me, but I’ve made my mind up this week after taking my sister to London to be in the audience of a TV show she likes. It was a great experience being in the audience of the live show, and afterwards the audience was invited to remain behind to watch a recording of a song to promote the upcoming Military Wives film.

We were in no rush to leave, which was fortunate since it must have taken 90 minutes to shoot the three minutes of footage.

That amount of waiting around would drive me insane.

OTHER DISCOVERY I’VE HAD:

While I never want to work in TV, I am considering adding a retail arbitrage hustle to my life.

I’ve always been a fan of selling things online. I was an eBay PowerSeller when I very first left employment back in 2005, and I loved listing items, packing them up and sending them.

Although that’s a distant memory, to this day I sell things on eBay as a way to relax. If I ever find myself feeling overwhelmed or unsettled, I’ll list things on eBay. Don’t ask why giving myself another job helps when I feel overwhelmed, I didn’t say it was logical!

I’ve ordered a book about retail arbitrage and joined a couple of Facebook groups, and it might just be something I look into and take no further, or it could be a new hobby.

I’m still burning the Christmas Memories by Yankee Candle in my office at home!

The smell is so nice.

I guess when it runs out I’ll replace it with a cinnamon one because I can’t see that I’ll buy a festive scented one in February! But I’ve set myself a task in November to order another Christmas Memories one! This may be my favourite use of future planning that I’ve ever done… 😉

That’s all for now!